This past month has been a hot and busy one. We have been running a number of projects alongside our monthly maintenance and call outs. During this month we replaced the 700kw air cooled chiller at 140 Bundall Road, these works were carried out over a weekend to reduce down time of conditioning. The old chiller was at its life end with constant failures due to its age and condition. The new Carrier chiller was back on line on the following Monday with no interruption to the occupants. Our scope of works included isolating, decommission remove and dispose of the old chiller in compliant manner and coordination of crane works the NEW chiller was lifted into position including new plinths. The Chilled water pipes were modified to suit and the chiller commissioned upon completion. 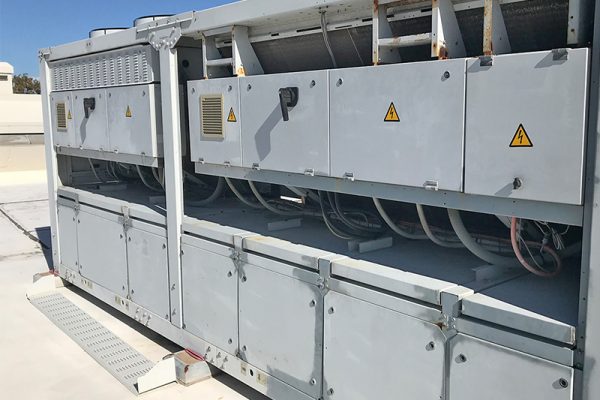 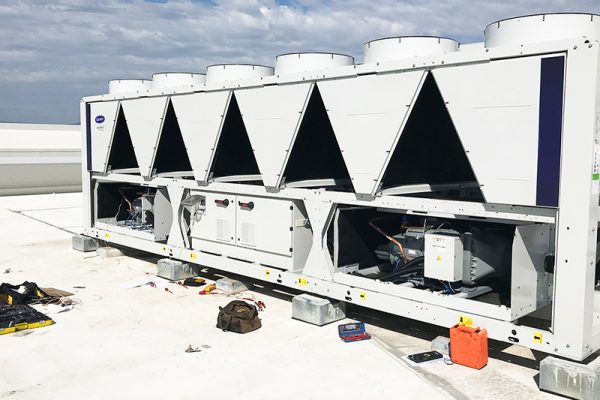